You are here: Home / Flashes, Strobes & Lighting / Bouncing a Flash off the Ceiling – Lighting Test

Once you get a flash, speedlight or speedlite unit the first thing you are told is to get it off your camera. Sometimes a situation just doesn’t accommodate this – like shooting an event light a trade show, wedding or social event where it’s more important to catch the shot then get perfect lighting.

So when you can’t get your flash unit off your camera you have to do the next best thing: bounce. If you’re lucky the ceilings are low enough to accommodate bouncing, I find 8 – 12′ ceilings are best for this. Now that you know you are going to bounce your light off the ceiling do you know at what angle? The flash I demoed, the Nikon SB600, there’s 5 settings: 0° (straight at the subject, ie. not bounce), 45°, 60°, 70° and 90° (straight up). I grabbed my mannequin head (we’ll call her Sharla for obvious reasons) and did some test shots.

All of these shots were taken under a 10′ ceiling with the subject only 4′ off the ground – camera and flash about 7′ away from the subject.

So starting with a straight on flash we shot Sharla to see the control, worst case scenario flash.
This flash is really harsh and adds a very heavy shadow below the chin, a hard shadow on the wall behind the subject and provides very little definition.

Now we’ve got some nice definition on the top of her head and no hard shadow on the back wall. Unfortunately with the flash bouncing on the ceiling almost directly above it leaves most of the face in shadows.

Getting the flash angled up a bit higher now casts the Sharla’s eye sockets into deep caverns of darkness while her cheeks begin to show some of the warmth and light we want the flash to cast.

Moving the flash up a bit more we see that shadow in the eye sockets get a bit smaller and the rest of her face behind to come into the light.

This is about the best we were going to get with a bare flash. Sharla’s eyes are still in a bit of a shadow but angling a subjects face up and to the side a little would solve that.

Had I raised or lowered the mannequin it would significantly change the way the flash bounces on the face – but that’s why your always best off testing your optimal flash bounce scenario to determine what’s best for the ceiling height, distance from subjects and average height of the subjects.

Next time we’ll play with bouncing vs. different light modifiers.

Having your own photo blog is not very complicated. If you want to start your own, we wrote a easy to follow guide on How to Start a Photography Blog. Or if you want to go ahead right now, you can visit GreenGeeks.com and GreenGeeks will give you a %20 discount on your hosting price, as well as a free domain name with your hosting account. Start now. 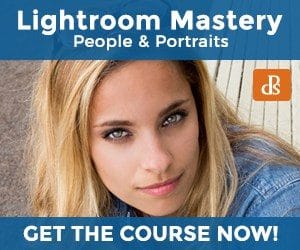 From technique, setups, equipment and conduct LearnMorePhoto.com helps you take kick photography up a notch and helps you explore ideas you may have never thought of!

By popular demand we are also putting together a great section for models by photographers. Now you have a place to let your new models or subjects learn more about what a photographer wants and needs and expects from their subjects.